Flash back on some nice old-school Ps1 games

Oh man, i kinda wish i still had these two games: these were my favorite PS games until i lost them
Zerglite might remember one of these.

this is a plane from the game Einhander, which had some of the best graphics for the PS at its time. 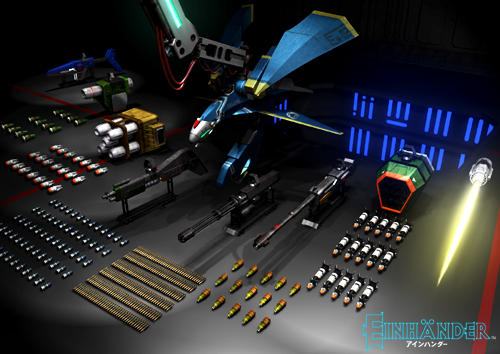 Einhander, besides from the Acecombat was a great flying game. it was mainly a sidescrolling game, but there were a few stages where you had more freedom. in most stages you could move forwards, backwards, side-to-side, and steal weapons from enemies using a arm mounted to the plane.

this one Zerglite will remember: this was a game set in like the 600's in a strange world, and you train these dragons to fight, you buy them weapons, power up stats, train them in shadowfights, fight in tourneys, upgrade their items, and they even change form through age.
some classes included Crustation, Saurian, Winged Saurian, Insect, Unknown, and uhh.. there were a few more, but i remember Saurians when at the age old Old or Wyorm can transform into a three headed dragon. sweet
the dragons in the pictures are Saurians- the red one is at the baby stage, and the purple are at the Adult stage

i got a Saurian one time, and i did something right within the game, and got a Super dragon, which take a human-ish form and cannot die of old age. he looked.. weird
my Winged Saurian turned to a super and she looks like a Fairy
the unknown species's super dragon looks like a CACTUAR WITH A TUTU from the FF games. omg i miss those 2 games..
"The Jester Race"​
And anything to make you smile
It is my better side of you to admire
But they should never take so long
Just to be over then back to another one
​

OMG I LOVED BOTH OF THOSE EVEN IF I NEVER OWNED THEM!!!!

and einhader... i had the demo for it

[glow=black]remember how much we used to play that game? and we would visit the Junk Guy all the time and the weapon shop in hopes of her mentioning about a great Weapon the Junk Man might have..
Timmy gave me both of those games.
Sorry bastard[/glow]
"The Jester Race"​
And anything to make you smile
It is my better side of you to admire
But they should never take so long
Just to be over then back to another one
​

yea... and i had one dragon that was better than urs... cept i couldnt make it better because it was gonna die in like 2 days....

[glow=black]Anyone one else have a Ps game that is 'just one of those' games?
those 2 were mine. besides FF7, i played these games all the time.
Took me forever to beat Einhander. i would always die at this one stage, and never pass it.
finally got past it, beat the rest of the game the next day.[/glow]
"The Jester Race"​
And anything to make you smile
It is my better side of you to admire
But they should never take so long
Just to be over then back to another one
​

legend of the dragoon.. really good one..

most of u probably played it though..

man that was a badass game

legend of dragoon was badass.
Castlevania: Symphony of the Night I love this game to hell and back I am glad I still have it.
A hopscotch away from suicide.​

I have so many PS1 games I've wanted to play over again: Legend of Dragoon, Final Fantasy 7, Final Fantasy Tactics, Xenogears, Final Fantasy 8 (which I never finished), Final Fantasy 9... huh, all Square games. What do you know?
You must log in or register to reply here.
Share:
Facebook Twitter Reddit Pinterest Tumblr WhatsApp Email Link
Top